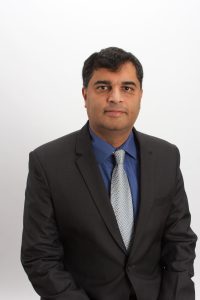 rav is a techie, trader, husband, and dad.  He first began writing and blogging in 2011 as a way to connect with fellow investors and friends about trends in the market.  The world was emerging from a deep financial crisis which had impacted him personally and professionally; writing was one way to make sense of the “new normal”.

He’s obsessed with trying to understand and explain the complex world of global finance, trading, equity markets, and economics.  Embracing both simplicity and depth, he hopes to provide a level of analysis that’s missing in the in day-to-day reporting.

No subject is too dull and no stone should lay unturned when figuring things out!

Gaurav grew up in Chappaqua, New York and went to Yale to study physics, play frisbee, and have fun.  He moved to the Bay Area for graduate work at Stanford and decided that California ain’t so bad!  After getting his Ph.D. in Materials Science and Engineering, he started at Cisco as a network engineer and has held various role and managed several teams since 2000.

He’s a proud resident of San Jose, CA where he lives with his wife (also a blogger!) and two kids (who will also be blogging soon!).

Everywhere on the Internet